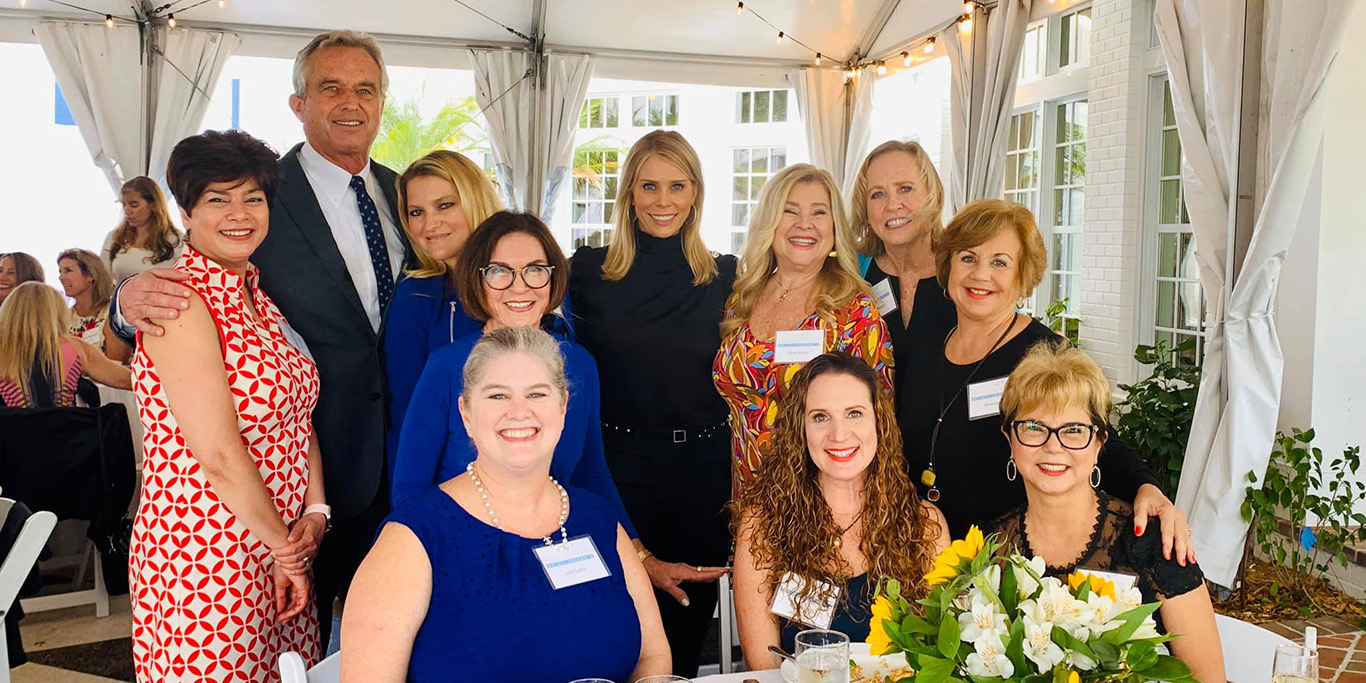 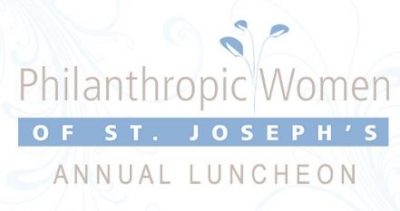 Philanthropic Women of St. Joseph’s is a leadership network of community-minded women who want to change and save lives in the Tampa Bay community by investing in collaboration with other women leaders.  This phenomenal group of women works hard year-round to raise both awareness and the necessary funding for hospital equipment required to keep St. Joseph’s Hospital at the forefront of medical technology!

The Philanthropic Women of St. Joseph’s Annual Speaker’s Luncheon helps introduce this amazing group of women to new members and celebrates the accomplishments of the members and their support of women, children and families at St. Joseph’s hospitals. This 12th year yielded the highest contribution yet and brought some very special guests to join in celebration: Gayle Sierens from News Channel 8, the keynote speaker Cheryl Hines from HBO’s Curb Your Enthusiasm, and her husband Robert F. Kennedy, Jr.!

Literally one of the most viewed faces in the community over the years, Gayle Sierens Martin is a well-known icon throughout the Tampa Bay area. As the former anchor at WFLA-TV, News Channel 8, she has been welcomed into homes for over 30 years. Gayle is gracious, funny and informative and was an ideal hostess for this luncheon! 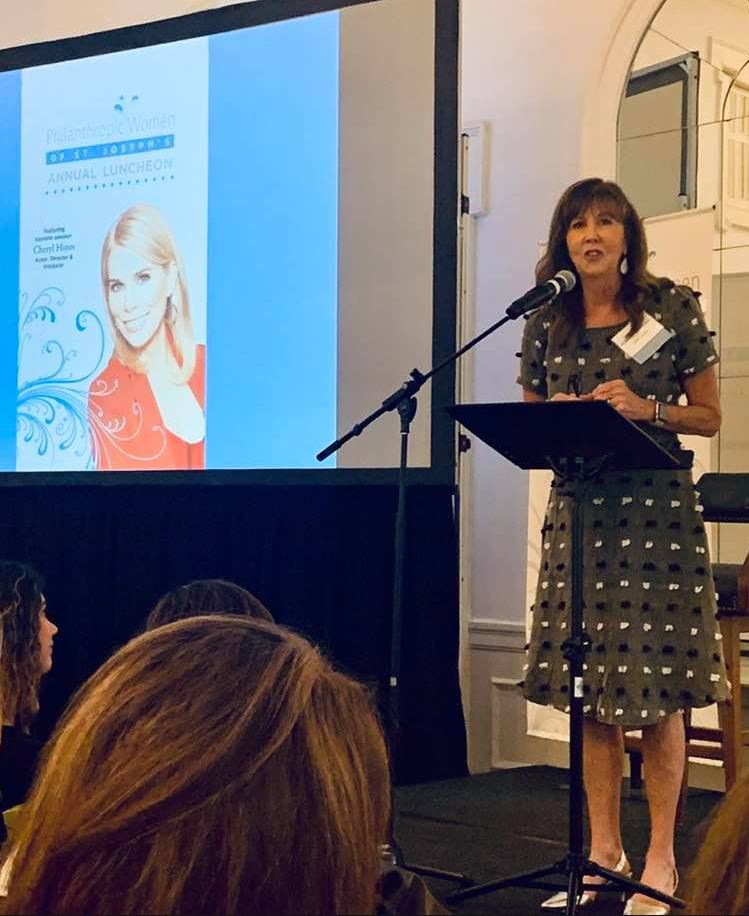 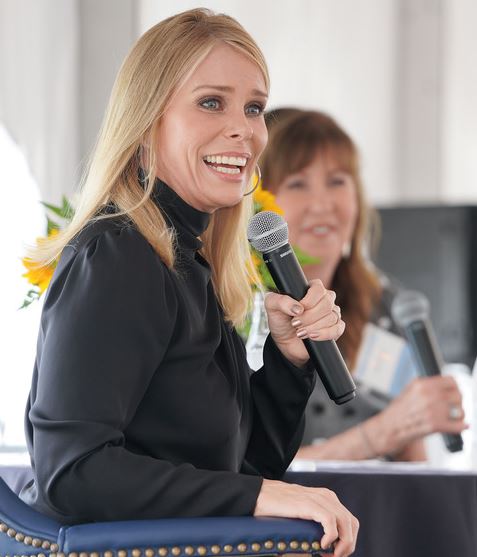 Emmy nominated actress, director and producer Cheryl Hines is probably most recognized for her role as Cheryl David on the Golden Globe-Award wining series, Curb Your Enthusiasm. She just wrapped her 10th season of the show and stepped behind the camera to direct her first episode of the program this year. Cheryl can also be heard as the voice of “Momblank” on Guillermo Del Toro’s animated show 3 Below on Netflix. Cheryl’s previous work includes films such as A Bad Moms Christmas, RV, Wilson, and Waitress and TV series such as Son of Zorn and Suburgatory.

Cheryl has produced shows for major networks, including School Pride for NBC, the award winning series Campus Ladies for Oxygen, and the series Hollywood Residential for Starz. She has directed many TV series as well as the feature film Serious Moonlight, written by the late Adrienne Shelley and starring Meg Ryan and Timothy Hutton.

Besides being such a successful actor, director and producer, Ms. Hines was incredibly warm, intelligent and welcoming to all that attended the luncheon!

Environmental attorney, author and husband to Cheryl Hines. Kennedy is a son of Robert F. Kennedy and nephew of former president John F. Kennedy. He is the president of the board of Waterkeeper Alliance, a non-profit environmental group that he helped found in 1999.

His support for this cause and his presence at this event was truly appreciated! 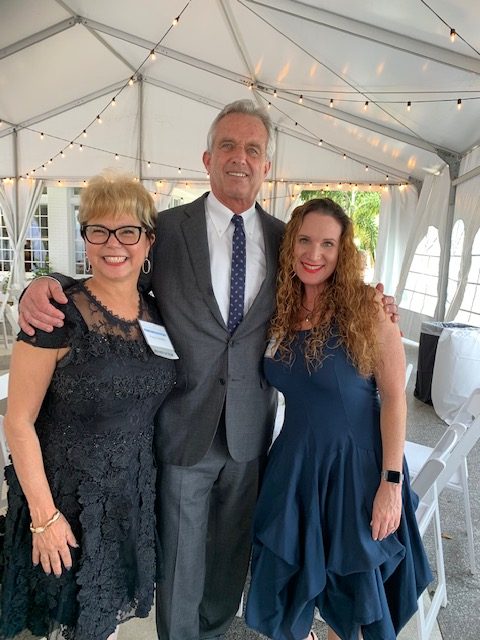 This year these outstanding woman have graciously provided $230,000.00 to grant to St. Joseph’s Hospital for an overall grand total of $1,650,000.00 and they are just getting started!

We are a full-service, integrated design firm ... Andrea Lauren Elegant Interiors merges research, project management, concept planning, and design to develop innovative design solutions that best meet our clients’ needs. We have been providing exceptional client services in the Central Florida region since 1999. We specialize in design consulting, new construction, and remodeling. We will work with you step-by-step from design conception to construction or the purchase of the perfect new home. We strive to give you peace of mind during the all-too-often stressful design process with a master plan that best fits your taste, lifestyle, and budget. Let us help you identify your needs and organize your interior design process!

The Resolution That Is Easiest to Keep
December 15, 2020

Don’t Make THIS Costly Mistake with Your Holiday Decorating
November 9, 2020 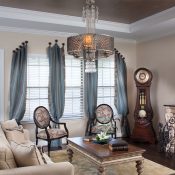 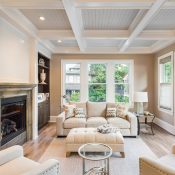 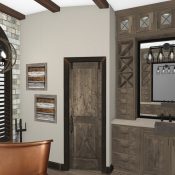 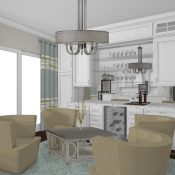 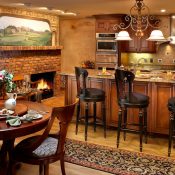 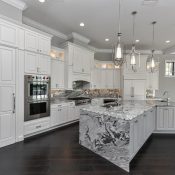 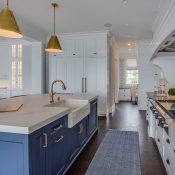 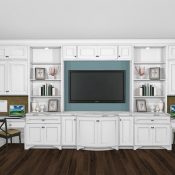 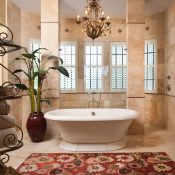 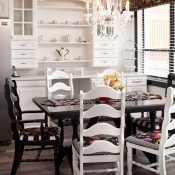